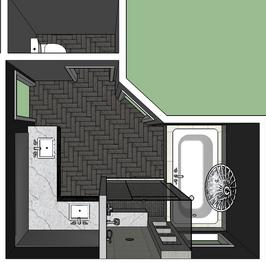 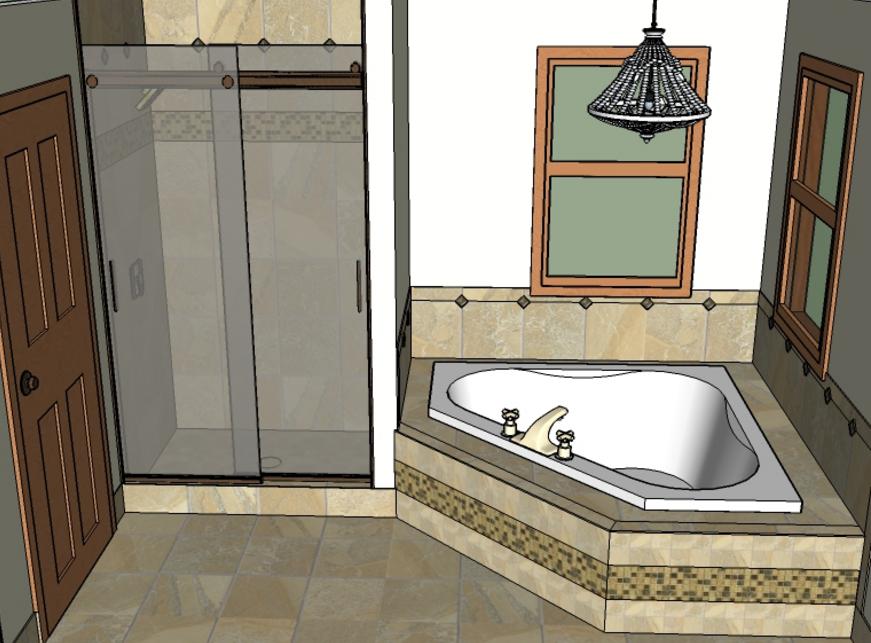 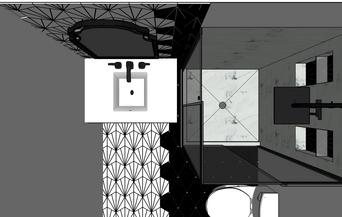 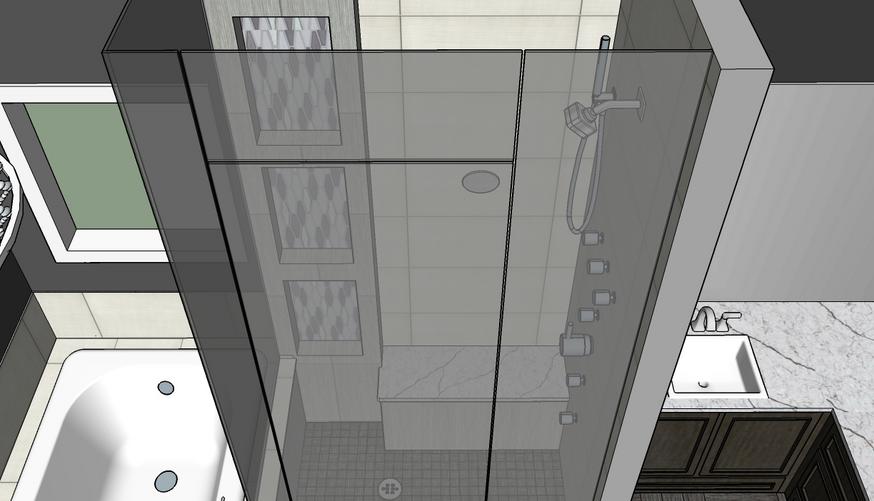 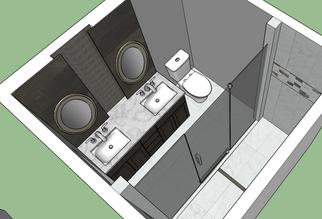 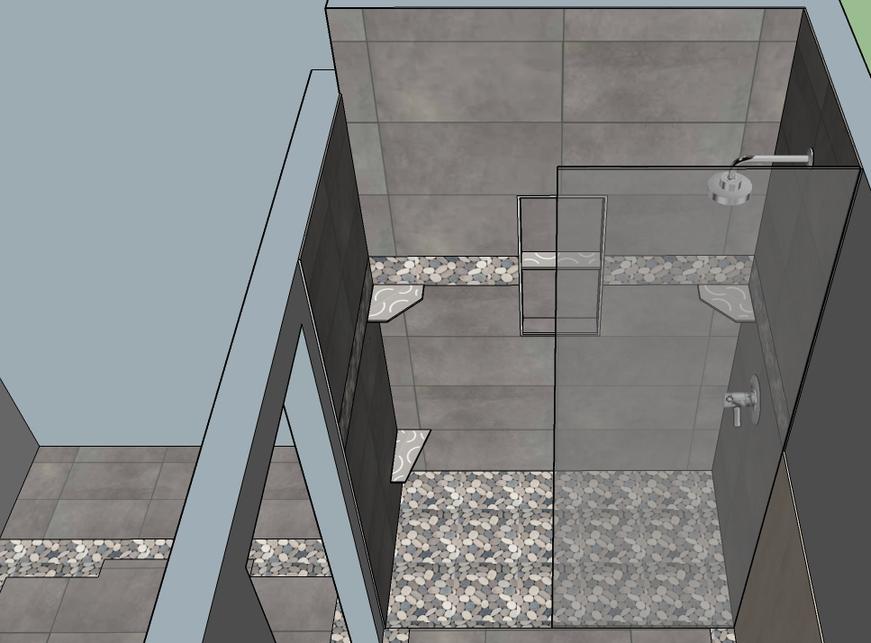 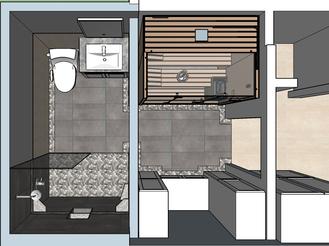 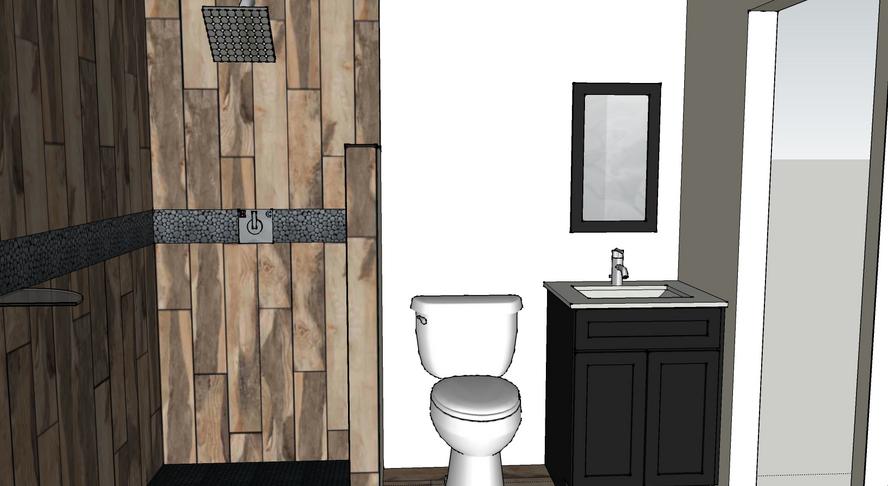 CLASSIC LOOK WITH A TWIST 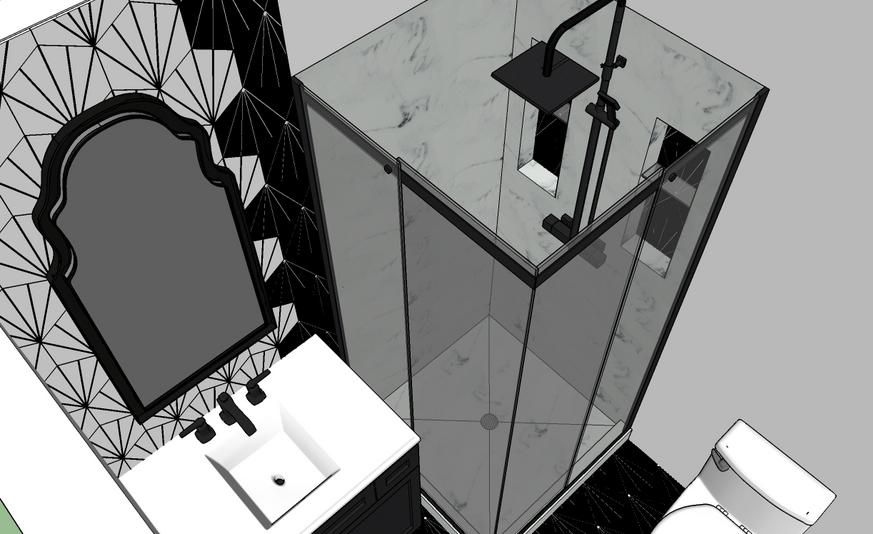 Customer needing a design to replace the modular shower with beige and brown traditional porcelain that looks like slate. 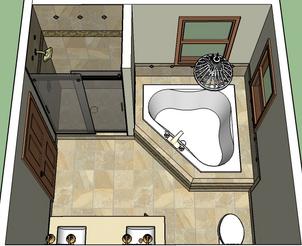 Designed for a man's bathroom, a combo of wood plank porcelain and black accent tiles makeup the majority of this custom built-in shower.

Since being on an outside wall, built out the shower wall on left side to accommodate three niches while adding a new bench. 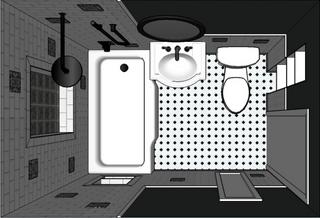 Designed using a raked textured limestone tile for the backsplash backlit with LED strip lights.  Expanded the shower to make it 8' wide and curb-less with two linear drains. 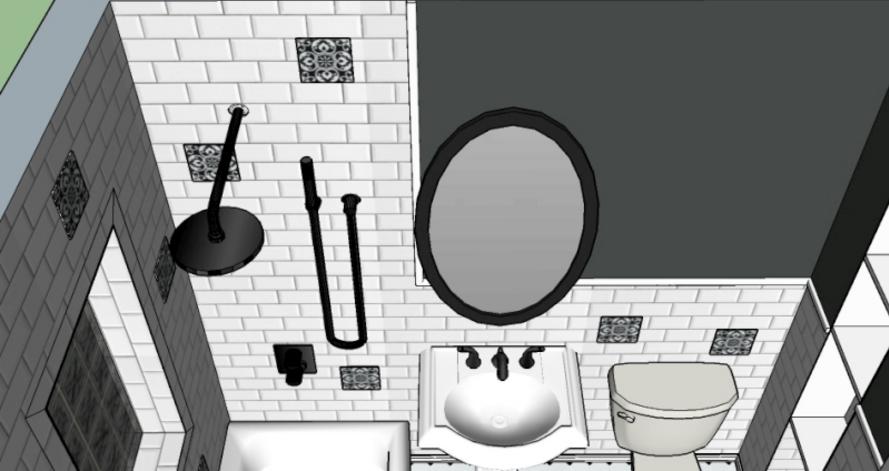 Customer wanting a fun way to use the black & white deco hex tiles in this small bathroom. 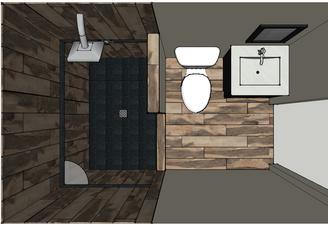